From his first Arsenal signing to his last, Arsene Wenger was buying black before buying black was even a thing

“After careful consideration and following discussions with the club, I feel it is the right time for me to step down at the end of the season,” read the opening line of Arsene Wenger’s official statement published on the club’s website on the morning of Friday 20 April. There was no press conference. No video message on the club’s social media channels. Instead, a classy, well-considered announcement, by way of words, was published on the club’s website, truly summing up Wenger the man and the club he’s represented for 22 years.

When Wenger arrived in England from Japanese club Grampus Eight in 1996, even though he had spells in France with Nancy in the 80s and Monaco in the early 90s, the Frenchman was an unknown entity. The footballing landscape in England was completely different back then too. Unlike the varied nationalities gracing Premier League dugouts today, Arsenal was one of the first English clubs to go foreign with the managerial appointment of Wenger. Not only was he a football man through and through, he was a linguist, fluent in four languages – his native French, English, German and Japanese.

Like his fondness of languages, during his reign in charge at Arsenal, Wenger would go on to demonstrate his appreciation of the black footballer, and would recruit and develop some of the game’s best African and black European talent. Wenger was buying black before buying black was even a thing. African football legend and now Liberia president, George Weah, talks glowingly of Wenger who was his coach during his time at Monaco. “He was like a father figure and regarded me as his son,” Weah told The Guardian. “This was a man, when racism was at its peak, who showed me love.”

Weah went on to win the Ballon d’Or in 1995 while playing for AC Milan, becoming the first non-European player to win the award and remains the only African player to get his hands on the coveted prize. Though Wenger was not Weah’s manager during that time, the Frenchman, without doubt, played a significant role in the Liberian’s progression and development as an African player in Europe.

Weah’s not the only legend from the Motherland Wenger has had under his tutelage. Nigerian favourite Nwankwo Kanu joined Arsenal back in 1999, played 197 times for the Gunners and scored 44 goals. Arsenal have a massive fanbase in Nigeria as a result. 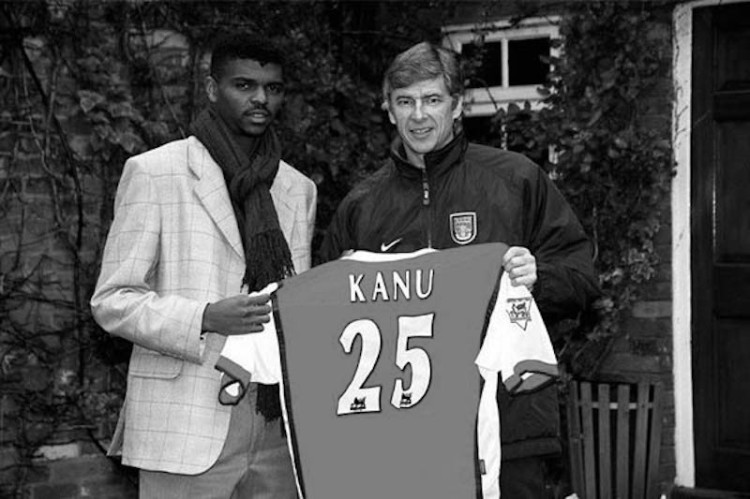 Versatile Cameroonian Lauren joined the north London club in 2000, and would go on to endear himself to the Gunners’ faithful, spending six years at the club. Kolo Toure, the second most capped player for Ivory Coast, was recruited by Wenger in 2002 and like Weah, Toure speaks glowingly of the outward bound Arsenal boss. “I had been at a lot of clubs that didn’t take me,” Toure said back in 2009 while at Man City. “This guy made me what I am.” Kanu, Lauren and Toure were all part of the 2003/04 Invincibles team.

Then there are the black European players Wenger brought through. Nicolas Anelka was Wenger’s first signing as Arsenal manager in 1997. Brought in from Paris Saint-Germain at 17, the talented striker only spent two years in north London before going on to play for a whole host of clubs around Europe. 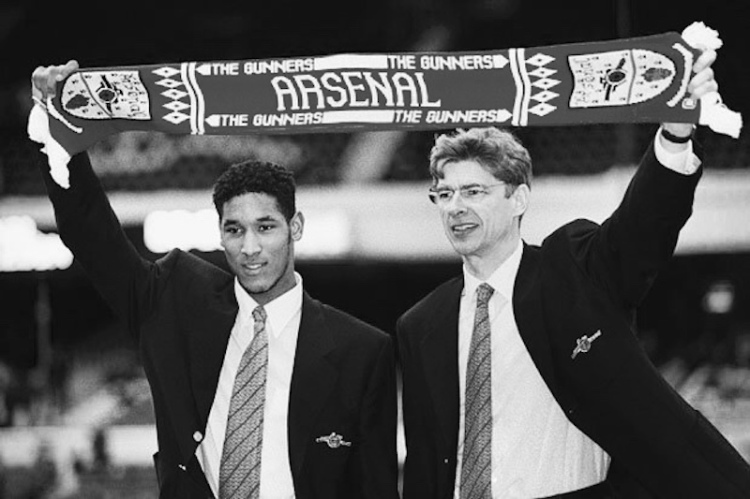 Thierry Henry has a statue outside Emirates Stadium, a well-deserved affirmation and one that symbolises what he achieved while at Arsenal. Henry will arguably go down as Arsenal’s greatest ever player. The former French striker was one of the main men during the Invincibles season, scoring 30 league goals in 37 league appearances. Speaking on the day Wenger announced he was leaving, Henry said: “Recently, people were always confusing what the team were doing at present with his legacy. Once you announce you are leaving, people are going to talk about your legacy, and his legacy is untouchable.”

Ashley Cole, a product of the Arsenal academy, and one of England’s finest ever left-backs, was another player brought through by Wenger. Cole was recognised as one of the best defenders in the world during his time in north London and then west London after controversially joining Chelsea. “A regret of my career” was how Wenger described Cole’s Arsenal exit in Amy Lawrence’s Invincible book, published in 2014.

Fellow Englishman Sol Campbell was notoriously snapped up in 2001 from north London rivals Tottenham. The League Cup was the only trophy Campbell managed to get his hands on while a Spurs player, but that soon changed at Arsenal. In his debut season, Campbell won the Premier League and the FA Cup before going on to make history the following campaign during Arsenal’s Invincibles season.

Patrick Vieira who joined Arsenal in the summer of 1996, but was not a Wenger signing, revealed he joined the Gunners because he was told Wenger would succeed former manager Bruce Rioch. The three-time Premier League and FA Cup champion, and Invincible member was one of Wenger’s stalwarts during his 11 years in north London. 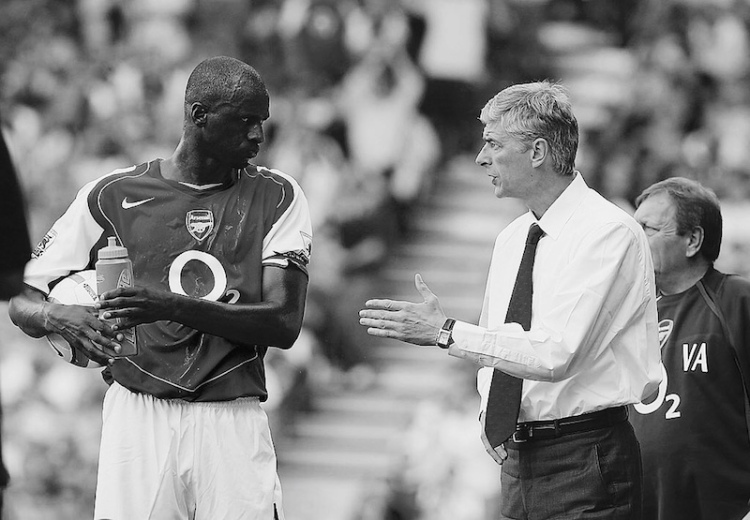 Gabon international Pierre-Emerick Aubameyang was Wenger’s last signing as manager and Arsenal’s record signing posted a tribute on his Instagram page acknowledging that fact and thanking his boss.

Wenger was quite simply a game changer. The unknown Frenchman came to England with innovative training methods and transformed the philosophy around diet and nutrition. His recruitment methods also changed the culture in the English and European game – a white, foreign man many black players revered as “a father figure”. He appreciated the raw, untouched talent in Africa and exposed the world to some of the best black European players to grace the Premier League. Legend. Merci, Arsene.